Sutimlimab increased hemoglobin, lowered levels of red blood cell destruction markers, and eased fatigue and symptoms related to anemia in patients with cold agglutinin disease (CAD), according to a recent analysis of CADENZA.

In addition, pooled data from CADENZA (NCT03347422) and CARDINAL (NCT03347396) — two Phase 3 clinical trials assessing the safety and efficacy of the medication in CAD patients — showed sutimlimab also led to improvements in physical and mental health scores related to patients’ quality of life.

Sanofi, the experimental therapy’s developer, will present findings from both analyses at the American Society of Hematology (ASH) Annual Meeting, to be held Dec. 11–14.

Red blood cell destruction, or hemolysis, is a hallmark of CAD. Sutimlimab is designed to prevent hemolysis by blocking the C1 protein, which plays an important role in the complement pathway — part of the immune system that is overactive in CAD.

Sutimlimab is being evaluated in the two-part CADENZA trial in people with CAD without a recent history of blood transfusions. Part A of the study, conducted over 26 weeks (around six months), is determining if the therapy can reduce the need for blood transfusions and increase the levels of hemoglobin — the protein that transports oxygen in red blood cells. Part B will assess sutimlimab’s long-term safety and tolerability.

Safety and efficacy data from Part A of CADENZA will be detailed at the meeting in an oral presentation, “Inhibition of Complement C1s By Sutimlimab in Patients with Cold Agglutinin Disease (CAD): Efficacy and Safety Results from the Randomized, Placebo-Controlled Phase 3 CADENZA Study.”

As previously reported, 16 sutimlimab-treated patients (73%) achieved the primary endpoint criteria — a rise in hemoglobin levels of at least 1.5 g/dL without a need for blood transfusions or certain CAD therapies throughout Part A. In comparison, three participants (15%) given a placebo met the same outcome. Overall, one patient in the sutimlimab group and four in the placebo required blood transfusions from weeks five to 26.

As reported now, by weeks 23–26, 16 sutimlimab-treated patients (73%) had an increase in hemoglobin levels of 2 g/dL or more, compared with two patients (10%) given a placebo.

By week 1, participants treated with sutimlimab, but not those on placebo, experienced less fatigue and saw their hemoglobin levels rise and mean bilirubin levels normalize. Bilirubin is a marker of hemolysis.

Sutimlimab also lowered the levels of other hemolysis markers, including lactate dehydrogenase and reticulocyte (immature red blood cells) counts, which was not seen in the placebo group.

The incidence of symptomatic anemia causing weakness, shortness of breath, heart palpitations, and chest pain was lower in sutimlimab-treated patients by week 26 than in the placebo group. These improvements in the sutimlimab group were accompanied by a normalized complement pathway.

All placebo patients and 21 (96%) in the sutimlimab group experienced one or more treatment-emergent adverse events (TEAE). Three sutimlimab-treated patients (14%) and one (5%) in the placebo group had one or more serious TEAEs. One of these — a blood clot in the brain — was deemed to be related to sutimlimab by the study’s investigator. No deaths were reported.

Some serious infections were observed, but none were meningococcal, which leads to blood infections. There were no serious allergic reactions to treatment and no adverse events that suggested developing or worsening autoimmune disease.

In Part A, three sutimlimab-treated patients, but no placebo patients, discontinued the study due to infusion-related reactions, increased blood antibodies, acrocyanosis (bluish skin discoloration), and Raynaud’s phenomenon (low blood flow to the extremities).

The team will also present findings from a pooled analysis of data from CADENZA and CARDINAL focused on assessing changes in patients’ health-related quality of life (HRQoL). These data will be presented in the poster, “Clinically Important Change in SF-12v2 Physical (PCS) and Mental (MCS) Component Summary Scores for Patients with Cold Agglutinin Disease: An Analysis Using the Phase 3 CARDINAL and CADENZA Studies.”

CARDINAL is a recently completed, open-label, Phase 3 study that enrolled CAD patients who received at least one blood transfusion within six months of enrollment. Its two parts each had goals similar to those in CADENZA.

HRQoL was assessed using the 12-item Short-Form Health Survey (SF-12v2) in CAD patients treated with sutimlimab, and the physical (PCS) and mental (MCS) component summary scores were reported. Data from the 26-week Part A of both studies were combined for these analyses, which included 17 participants of CARDINAL and 38 of CADENZA.

Before treatment, mean PCS scores were 40.9, while mean MCS scores were 47.3. Improvements were seen through week 26, with a mean PSC score change of 4.1 and a mean MSC change of 3.1. Moderate associations were found between PSC and MSC scores and hemoglobin.

“This analysis also demonstrated that meaningful physical and mental health benefits (including a reduction in fatigue) were associated with improvements in hemoglobin levels, a main clinical outcome measure of CAD,” the researchers wrote. 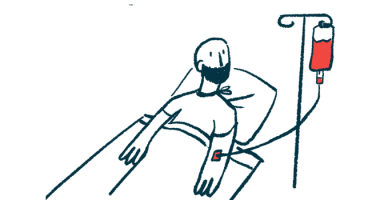